With Café Pans…We’ll be landing at Madrid Airport! 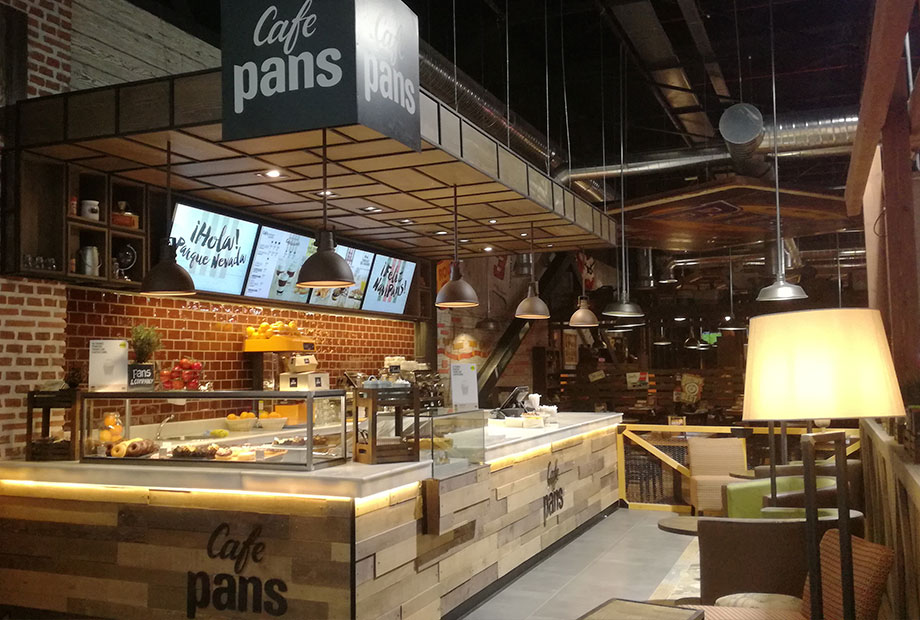 By the French Lagardère group, which will be opening a ‘Café Pans’

Eat Out maintains its commitment to expanding in the travel channel and makes its debut at the Adolfo Suárez-Madrid Barajas Airport. The company, which has just been acquired by the Portuguese Ibersol group, will be present at the aforementioned site as a franchisee of Lagardère Travel Retail, the division specialising in travel services of the French Lagardère group, which is responsible for brands such as Relay and Aelia Duty Free. The subsidiary in Spain has been awarded the operation of a restaurant until 2022 outside Terminal 2, which will bear the name ‘Café Pans’. The future restaurant, which will be ready by next March, will occupy an area of 208.00 m2, plus another support area of 67.23 m2, run by an average workforce of 9 employees. Lagardère Travel Retail has agreed a low annual rent that goes from €180,525 to €241,740 in the final year, with a franchise fee of 25%.

Lagardère Travel Retail has several restaurants in transport centres in Spain, although under their own brand names. Actually, its portfolio includes one ‘So Coffee!!’ and one ‘Trib´s’ in Valencia Airport, as well as one ‘Hello’ (a bakery) at the transport interchange in Plaza Castilla (Madrid), to be joined in February by a ‘Wine Tapas Bar’ in Alicante Airport. As Javier Cagigal, Director of Lagardère Travel Retail for Spain and Portugal explains, “the aim is to develop the food service in the various travel settings”. The head of the company in Spain has extensive experience in the organised catering segment. Before joining the Lagardère Group, Cagigal started his career with the Zena Group, where he rose to become responsible for Foster’s Hollywood and Cañas y Tapas, among other positions.

Seventh airport for Eat Out

The next opening at Madrid-Barajas Airport will allow the site to extend its range of restaurants and coffee shops, which already includes 69 points of sale, of which 59 are operated by Areas, according to the Alimarket Catering Database. However, recently the site has added new operators such as Enrique Tomás, who has just made his debut in the airport sector, by opening a point of sale on 2nd December in T4 of the aforementioned airport.

This will not be the first ‘Café Pans’ coffee shop in an airport for Eat Out, because it already has a similar one in Minorca. In its Travel channel, the company has a network of 57 establishments in airports, with a share of 21%, behind Areas (38%) and SSP (24%). The Travel division of Eat Out is present in six airports (Barcelona, Malaga, Lanzarote, Fuerteventura, Bilbao and Minorca) and its arrival in Barajas Airport makes it seven airports.

EatOut Travel is the travel restaurant division owned by Ibersol Group. It is one of the largest food restaurant groups on the Iberian Peninsula, with over 640 restaurants, managing its own brands, like Pans&Company, Ribs, Santamaría and FrescCo, and international licences like Burger King, Pizza Hut and KFC.

EatOutTravel is currently present in Spain’s leading airports and rail stations, and provides its services in other locations too, such as large fashion outlets and football stadiums.

To serve its customers, EatOut Travel has a complete portfolio of over 25 leading national and international restaurant brands that span the entire range of food services and adapt perfectly to the demands and trends of any type of customer or location.

Eat Out is part of Ibersol (Euronext Lisbon IBERSOL, SGPS), one of the main restaurant operators on the Iberian Peninsula, with sales of 450 million euros and an EBITDA of 61 million euros in 2018. It manages its own brands, like Pans & Company, Ribs, Santamaría and FrescCo, and licences like Burger King, Pizza Hut and KFC.

This website uses its own and third-party cookies to collect statistical information about your browsing, analyze your habits and compile statistics about your interaction with our website. You can obtain more information in our Cookies Policy. If you click "Accept all", you will accept all cookies. You can also set your preferences or reject the use of cookies. The non-acceptance or deactivation of cookies does not prevent the display of the website, although it could affect the speed of navigation or its correct functioning.
ConfigureAccept all

This website uses its own and third-party cookies to collect statistical information about your browsing, analyze your habits and compile statistics about your interaction with our website. You can obtain more information in our Cookies Policy. If you click "Accept all", you will accept all cookies. You can also set your preferences or reject the use of cookies. The non-acceptance or deactivation of cookies does not prevent the display of the website, although it could affect the speed of navigation or its correct functioning.
Not necessary
Any cookie that is not particularly necessary for the operation of the website and that is used specifically to collect personal data from the user through analysis, advertisements, other embedded content are called non-necessary cookies. It is mandatory to obtain the consent of the user before executing these cookies on your website.
Functional
Functional cookies help to perform certain functionalities like sharing the content of the website on social media platforms, collect feedbacks, and other third-party features.
Performance
Performance cookies are used to understand and analyze the key performance indexes of the website which helps in delivering a better user experience for the visitors.
Analytics
Analytical cookies are used to understand how visitors interact with the website. These cookies help provide information on metrics the number of visitors, bounce rate, traffic source, etc.
Advertisement
Advertisement cookies are used to provide visitors with relevant ads and marketing campaigns. These cookies track visitors across websites and collect information to provide customized ads.
Others
Other uncategorized cookies are those that are being analyzed and have not been classified into a category as yet.
Necessary
Necessary cookies are absolutely essential for the website to function properly. These cookies ensure basic functionalities and security features of the website, anonymously.
SAVE & ACCEPT